Melbourne. I am in you.

I am alive and well and living in Melbourne.  Nice place you have here.  According to the Maslow hierarchy of needs I need... 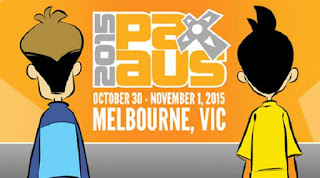 The universe is providing.  Good little universe.  I have a cute date tonight in a place that sells parmigiana.  You would think that a 39 year old polyamorous transgender lesbian who makes her living making monsters for video games and collects miniatures obsessively wouldn't get dates.  But actually I would say I am far, far more successful now than when I was pissing around with living as a straight male.  Go figure.  Now, I am not saying that it is a great strategy for you if you happen to be a white, straight male who desperately wants a date, but it has worked for me nonetheless.

This is a weird, weird world.

I also have visited and firmly approve of Melbourne's Mind Games store, where I spent what little spare cash I had on a single Reaper Assassin as a little reminder that I am now an solo female adventurer, and that if I stop eating poutine and parmigiana and get my ass to yoga that I can have legs like Bobby Jackson sculpted them.  She has my haircut too.


So PAX wasn't the great experience I hoped, mainly because I was exhausted from packing for a week, mentally strung out from the whole ordeal and broke.  With trade shows, you bring with you a certain energy that is magnified by the place.  In my case it was not the great, cathartic experience I had hoped for.  A big hi to Turelio and the folks at the Reaper stall.

I did get to meet all my games friends, who are now quickly forming into a dangerous drinking posse.  This is good news for my creativity and happiness.  Not so crash hot for my liver.

Hopefully next year will be a bit more grounded for me, and I will have had the opportunity to bring Darkling games back to life and have a test game running at PAX.  Limbo is nice and all, but I wouldn't wanna live here.

How the flying fucklesticks is everyone else here going?