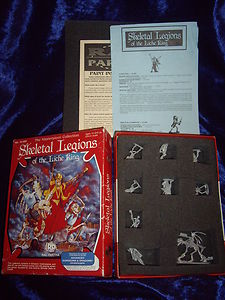 
My swap tub is officially too full now to put any more stuff in, thanks to my recent market haul, so I am facing the terror of ebaying it all*.  What a time suck.  Uhg.

*except the space quest goblins that no one ever manages to sell on ebay.  Those things are like lead pile tartar buildup.

Anyway I decided to check out turbolister to see if it absorbs some of the time suck horror, and to make this announcement that I will be selling off a bucket load of stuff in the coming fortnight, so I feel compelled to do it by external forces.  Now I said it, there is no backsies... I have to do it.

Watch this space for link to the sale.
4 comments


Occasionally, twisted paths align and you see parallels in otherwise unrelated lives that give you an insight into the ungraspable nature of the world.
By a strange twist, I found myself falling in love with two completely different things yesterday, and those making me realise something about why we, and by we I mean bloggers, do what we do.


Anyway, I stumbled across the web comic Gunnerkrigg court which I found myself reading in one sitting.  Though far from original (even going so far as to point out its references by having the characters watch Princess Mononuke, and by publishing a Harry Potter crossover fan story), it smooshes together a rather captivating world from a melange of sources, and that world has a breathtakingly tangeable structure built from intageable imaginative things.  You can inhabit the world as easily as you could imagine living in Hogwarts or riding in the Serenity.
Well, the thing is, that a quick wiki search on Gunnerkrigg threw up a recommendation by Neil Gaiman and,  curious to read what he thought of the comic, I followed the reference back to his blog.  There I discovered a TED speech by his wife, Amanda Palmer of Dreden Dolls fame.  Having seen many a great TED video recently, I clicked on it.

I swallowed down my initial reaction to the street performance roots of this speech.  I hate street performance artists by default, and want to slap anyone who gets in my face to force me to confront the issues they percieve I have by labelling me 'audience member'.  I actually did theatre arts, and worked in the theatre (even ran a candy floss shop at a street theatre fund raising festival) I did Brecht, smashed my fourth wall and so on and so forth, and honestly I can say I found experimental theatre the equivalent of experimental dentistry.  I hate embarassing people as much as watching them be embarassed.  I would rather sit back and entertain them with a nice sturdy fourth wall in place, thank you very much. So, though Amanda comes from this background, I persevered and was well rewarded.

I quickly realised she is, infact, is quite different to those mimes I want to punch on sight.  As at the core of her message is genuinely connecting to people, and how rewarding that can often be.

Blogging is about connection, and though I have been accused of being socially adept on occasion,  and more than happy to public speak to rooms of over a thousand people, I rarely spend enough time to connect to anyone.  But I do spend a lot of time at home, doing my stuff and then blogging about it.

Now, I had been thinking lately, why is it I spend so much time blogging about the stuff I do?  I had a nasty feeling it was somewhat of a narcisistic trip, and did not like that idea at all.  Do I need people to see I restore and paint minis to have my collection, or even my own existence validated?  Uhg.  Do I need validation in the same way those mimes do?  Somebody punch me.

Well no.  The Gunnerkrig court to Amanda Palmer experience made me realise that the reason I do what I do, is that I am constantly being rewarded for this connection.  I spend my time writing and making stuff that I like, and share it with people who like the same stuff.  A connection, albeit as thin as an electron, is made, and people respond in a postive, rewarding way.  Its not about ego, but connection.

Aww, warm fuzzies all round.

I can validate this in a very tangeable way.  I have on my shelf here six or seven figures people have sent me, free, no strings attached, simply because they value what I do.  These are not just crappy figures either... these are very rare figures indeed.  I even have a McDeath scenario box someone sent me because of the blog.  Not that I am rubbing my hands together at this as a profit, because I myself have mailed out lots of free minis too, but its that people care enough to connect with me by sending things of value.
Thats just physical things too... the amount of time people have spent writing me emails, sending me links and hunting for mini IDs should be counted.  If I include my Skulldred project, there is hundred of hours of other peoples timeplaytesting, writing notes and doing fun stuff like web comics and battle reps.


So first a big thank you from me for reading and connecting to the blog.

Undead Assault is proving to be a really positive experience for me, I hope John Blanche gets to see how much his diorama still captivates and inspires people.

Anyway, enjoy the links... I will be back with some painted things soon.

Undead Assault: Can you solve the mystery of the sword? 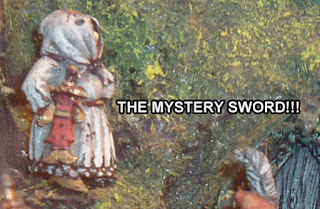 The sword has been added.  Only problem is... where is it from?  Its small, more like a dagger.  Is is a treasure item?  Which range is it from?

Comments below, and bonus points if you have one!

The winner is Alan Puzio- who spotted the sword on a ral Partha Goblin Drummer!  Seriously, how good is this guys identify skills!

Alan, I am sending you something! 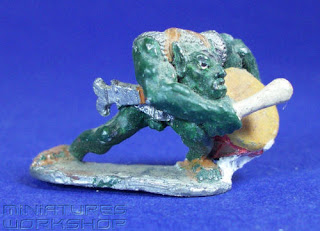 Man, I looooove this project!  The more I examine and talk about the diorama, the more interesting things come to light!

I found this little lot in a flea market today.  Anyone want an unopened rogue trader medics pack or a 2002 white dwarf?
The haul includes a snotling pump wagon (no roof version unfortunately), a pile of Kev Adams gothic horror figures, tarzan, aleister crowley and a pack of grenadier undead skelly dogs.
Noice!
Anyway, posted a picture for you to have a little look through and enjoy. 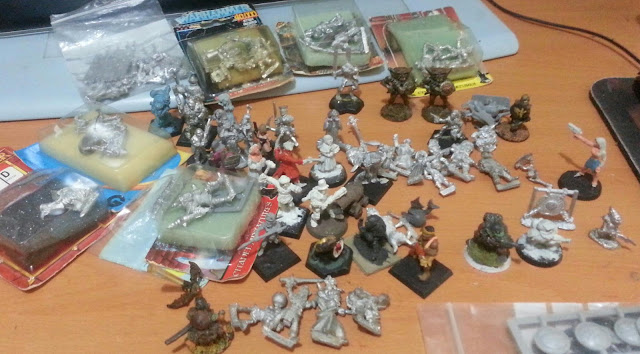