I love Broo.  This is my test piece, a mix of natural hydes, insane scribblings, sickly green greys and poopy shit splatters.  Likey?

I hear a whisper on the wind that Broo where the Space Marines of their time insomuch that they made citadel a tonne of money- and this is reflected in just how many they churned out.

This chappy is from the pre-slotta era and is a fixed head variant.  Broo later morphed into 'beast men' with several artists tackling them, including Trish Morrison, Bob Olley, Kev Adams and Jes Goodwin no less.
As the range evolved they became less beast men and more goat men, though you can find all creatures great and small in the early ranges- camels, owls and bees for example.

Added to lead pile
None today! 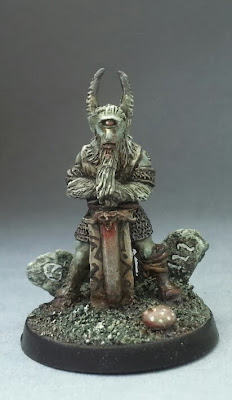 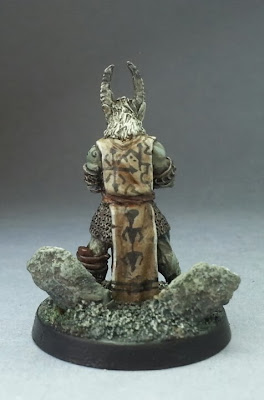