The John Blanche undead assault project is starting to take shape- thanks to the very special arrival of the Nottingham Dwarf previously owned by the late John Garland and donated to the project by J. Fulford in his memory.  A very special figure indeed- not only rare, but rare because it marked a time and a place in our hobby- the opening of The Nottingham GW store where John picked it up. More on John and his dwarf as I dedicate a post to its restoration.  Cheers JF!

The robin hood dwarf fills the biggest gap in the recreation of the diorama that has held me back from dedicating time to the project- and now bristling with energy I gathered together all my bits so far.  Pretty darn close!

So do any of you lovely folk have any of the pictured minis?

Two dwarf adventurers (halberd and twin weapons), the guard and armorer from the kings court on roof, a skull headed chaos fighter with mace and
I also need the fantasy specials pillars used on the bridge.

I have both the fantasy special doors ready for the castle, and have based and primed most of the figures so far.  I had to lay them all out like the diorama to check I had the right variants... gosh that was cool.  I cannot wait to paint these all up!

So my plan is to have two warbands complete with correct banners and a modular table that features a copy of the castle, bridge, hills and shrooms.
The undead force will feature key characters first, expanding to get as many as I can match done.
I was already mostly done with the ray casting wraith at the door, chaos lichelord on the hill, FA necromancer, ral partha samurai liche, two ghouls and ten of his horde.  It wont take long to get those to a photographable state.

If anyone has any photos they took of close up details of the diorama please drop me a line.  I am keen to get a good shot of the dwarfs on top of the castle so I can see their colors, and what looks like a spear thrower the armorer is working. 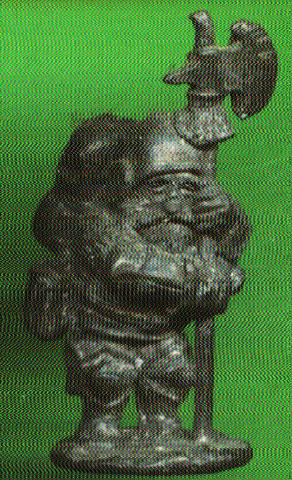 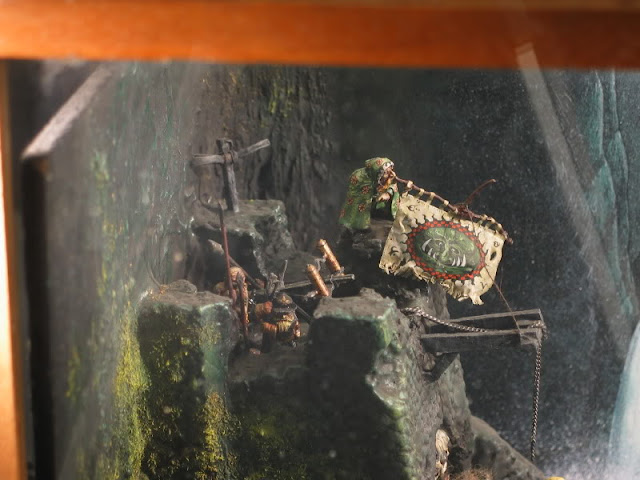 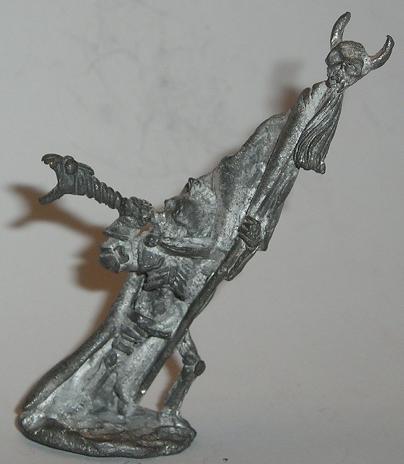 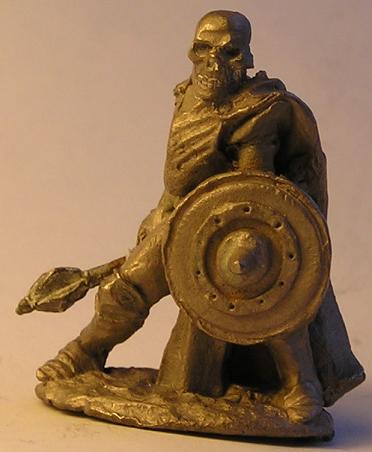