Smell that?  Smells like teen spirit.  Or plastic and superglue.  I get those confused.  More kit bashing tonight, to celebrate the fact The Block was on TV and I would rather gargle barbed wire.
First up, Sister Ophelia Proximity. 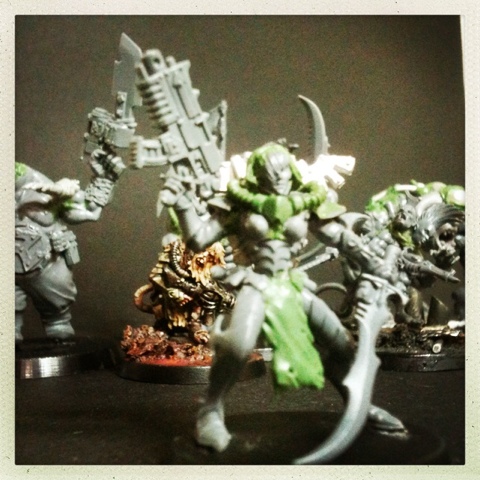 A sister of battle using Dark Eldar and Chaos parts only.  Because that's how we roll in the shire.  Ever listened to the lyrics of Teen Spirit and thought Kurt was just cramming words in there.  A warband made up of a mulato, an albino and a mosquito called Libido would probably fly over peoples radars I suppose. 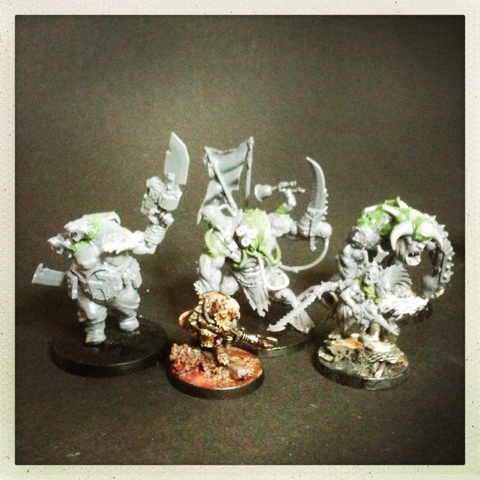 So four more nasties, made from Skaven, Dark Eldar, ogres, a Giant, ork, daemonettes and empire bits.  I cannot find my box of imperial guard, I must have eaten it.
That happens.